This story isn’t so much about one particular volunteer or group of volunteers. Instead, it highlights one of the most important activities that environmental volunteers take part in: trail building. The focus here is on a redwood forest near the city of Arcata in northern California, tucked in along the coast and not far from the redwood-filled national forests that dot the landscape of that part of  The Golden State. Volunteers are playing an essential and vital role in the building and maintenance of trails in the Arcata Community Forest as well a newly designated community forest, the McKay Community Forest, which is in nearby Eureka. In that new community forest, volunteers will be helping to build new trials, with a planned opening for public use some time early this year. Here in the frozen northeast, volunteers will be just as busy, as the snow and ice begin to thaw and they head back out into the local forests to repair and maintain our area’s trails. It’s the same kind of dedicated work performed by environmental volunteers year round, around the globe.

If you have enjoyed any of the stories on this blog, check out my eBook, Being Where You Are: How Environmental Volunteers Impact Their Community and the Planet Every Day 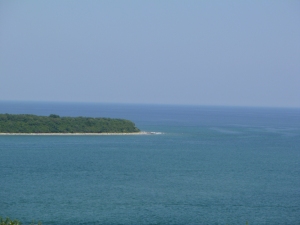 One sentence in particular caught  my eye when reading this environmental volunteer story: “REEF volunteers armed with filleting knives sliced up the carcasses, carefully avoiding the fish’s venomous spines.”

How can you read that and not want to see what these volunteers are up to? In this case, they are working along with the Reef Environmental Education Foundation to reduce populations of invasive lionfish. Check out the story, courtesy of National Geographic, to see just how successful all that knife-wielding volunteer work has been.

If you have enjoyed any of the stories on this blog, check out  my eBook, Being Where You Are: How Environmental Volunteers Impact Their Community and the Planet Every Day

Ten days later and it’s still freezing outside. The snow has stopped, at least, after six feet of snow fell in just a few short weeks, leaving enormous piles of snow lining every narrowed street. On the other hand, arctic air is now coming our way, with record low temperatures forecast for this week in Boston. Still, that’s nothing compared to some of the weather they are getting in northern Canada. In many isolated parts of that country, it’s volunteers, like the ones featured in this article, who are recording weather conditions and collecting climate data. These “weather watchers” are collecting data for Environment Canada, which often means they are in the outdoors in extreme conditions. These recordings aren’t just impressive because they are done under extreme weather conditions, but also because they are often done in places which are isolated and/or difficult to access (such as spots that are only accessible by boat or plane). According to this story, these weather-recording volunteers are a “dying breed,” which is unfortunate, since they are collecting data which is invaluable and essential for the government and private business/industry alike.

If you enjoyed any of the stories on this site, check out my eBook, Being Where You Are: How Environmental Volunteers Impact Their Community and the Planet Every Day

It’s been a long hiatus, eight days since my last post. Like everyone else around here, I’m going to blame the winter weather. We’ve now officially had an historic winter, with more snow in a short amount of time than ever before (I don’t recall the exact number but it’s something like seventy inches over just two weeks). Needless to say, there are lots of huge piles of snow everywhere and space to put the snow is quickly running out. A few communities have begun dumping snow into the ocean or rivers that are nearby, with permission from government agencies. This has caused some controversy, as people are rightly concerned about the chemicals, road salt, and pollution which are present in the snow and will end up in the water right along with all the frozen, fluffy white stuff. What gets into our rivers, streams, bays and other bodies of water is always a concern, as it should be, and these volunteers in Virginia are working on another solution to the problem: a rain garden. At Peaks View Park, in Lynchburg, environmental volunteers are tending a rain garden which will absorb stormwater runoff, preventing it from ending up in the James River, and eventually Chesapeake Bay. The Central Virginia Master Naturalists have maintained the garden since 2009, keeping chemicals contained and out of the river. Rain gardens are a highly effective tool for capturing pollutants and keeping them out of the local watershed, a tool which anyone can create in their own backyard. As these volunteers point out, they’re also an opportunity to educate others about the watershed and just one of many ways to protect it.

If you have enjoyed any of the stories on this blog, check out my book, Being Where You Are: How Environmental Volunteers Impact Their Community and the Planet Every Day.

Cleaning up waterways is one of the most important and most frequent tasks performed by environmental volunteers. Wherever there’s a lake, river, pond or shoreline, there is likely going to be trash and debris strewn about. And it’s often volunteers who pick up all that stuff, often working with a local environmental organization that plans and executes cleanup efforts. This story out of California deals with a river cleanup but has a bit of a unique twist. Because of the severe, prolonged drought in that state, some rivers have dried up to the point where there is very little to no water left. This has given volunteers, like the ones in this story, the opportunity to get to the bottom of the river, to places they wouldn’t be able to reach if it was filled with water. Led by the organization known as Coastal Habitat Education and Environmental Restoration, these volunteers cleared out “five boats, two pickup trucks, two cars, an outboard motor, more than 1,000 tires and tons of trash.” As the article also points out, perhaps this is one small silver lining to be found in the drought. If these rivers ever get back to their full volume again, they will be a lot cleaner and have a lot less debris, thanks in part to the work of volunteers.

If you have enjoyed any of the stories on this blog, check out my eBook, Being Where You Are: How Environmental Volunteers Impact Their Community and the Planet Every Day

(Photo by rhamm, courtesy of FreeDigitalPhotos.net)

Here in New England, there’s another major winter storm bearing down on us. This one is expected to dump another foot of snow, perhaps more, on top of the snow that fell earlier this week. With the falling snow and the beautiful, chilly winter wonderland all around us, it’s another good day to post a story out of somewhere tropical. This one comes from Hawaii, where volunteers are playing a major role in counting humpback whales and recording their behavior. According to the story, the program “allows the public to learn more about humpback whale population, distribution and behavioral trends.” The data they collect can be used by local and national organizations and is integral to monitoring and studying the Hawaiian Islands Humpback Whale National Marine Sanctuary.This important program has been going on since 1996 and now includes some 2,000 volunteers who monitor the whales at more than sixty locations.

If you have enjoyed any of the stories on my blog, check out my eBook, Being Where You Are: How Environmental Volunteers Impact Their Community and the Planet Every Day.