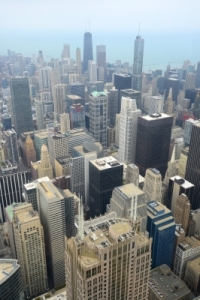 (Photo by porbital, courtesy of FreeDigitalPhotos.net)

To say that humans have completely changed the natural landscape of this planet might be the most obvious statement ever made. In every corner of the globe, in a million different ways, humans have irrevocably altered the habitats of numerous animal species. One of the most devastating changes, in terms of wildlife and their survival, has been the rise of massive cities and metropolitan areas. These urban landscapes have created an entirely new universe for animals to deal with and survive in. In one major metropolitan area, the city of Chicago, there is a group of volunteers doing everything they can to help some of our animal kingdom neighbors.

Dedicated members of the all-volunteer Chicago Bird Collision Monitors are on the streets of Chicago every day, looking for injured birds. According to their website, “Our teams spend the early morning hours recovering these birds to save the injured and document the fatalities that have occurred.” CBCM’s inspiring work provides help to many of the birds who are simply living their natural life in the confusing and dangerous world of the city skyline. The group also provides invaluable information to other people who are interested in helping our feathered friends.