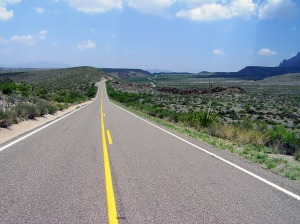 I don’t often put two different stories in one blog post (maybe I should do that more often), but this morning I came across two great stories which happen to both be from the Lone Star State. The fact that they’re both in Texas is just one important similarity, though. Another is the fact that they both involve college students getting involved in major environmental volunteer efforts. While many volunteers are older, retired citizens, it’s vitally important to get younger people, the volunteers of the future, involved and get them involved at a young age. In Austin, college students are just a fraction of the estimated three thousand volunteers who will participate in It’s My Park Day. The annual event, led by the Austin Parks Foundation, is a city-wide effort to clean up all of Austin’s parks. Ladye Anne Wofford, programs director for the Foundation, says she hopes “students will discover more of Austin’s parks and join our volunteers who work to preserve and improve those parks year-round.” In another great Texas city, San Antonio, student volunteers were involved in a similar major cleanup effort. According to this story out of University of Texas, San Antonio, nearly 100 students were involved in an event designed to clean up the San Antonio watershed. The annual event, called the Basura Bash, was designed to clean local waterways and utilized the efforts of hundreds of community volunteers, including those from multiple environmentally-themed student organizations at UTSA.

If you enjoyed the stories on this blog, check out my eBook, Being Where You Are: How Environmental Volunteers Impact Their Community and the Planet Every Day