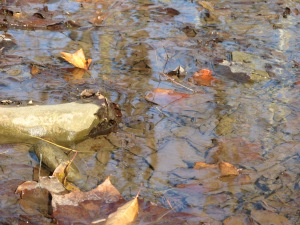 The previous post was a story about a small city and how its residents are trying to maintain green space in their area. Today, a story about keeping nature green in another metropolitan area, this time one of the largest in the country. Near Chicago, just to the northwest, the Chain of Lakes is a series of fifteen interconnected lakes, primarily connected by the Fox River. As this story out of that city describes, environmental volunteers took part in a major cleanup effort, aimed at cleaning and greening the entire waterway. The Fox River Chain O’ Lakes Waterway Cleanup included volunteers working at a number of different locations around the lakes, filling numerous large dumpsters with trash and pulling out of the water everything from hypodermic needles to a kitchen stove. The effort was led by the Fox Waterway Agency, now in its fourteenth year of hosting the annual event.

If you’ve enjoyed the stories on this blog, check out my eBook, Being Where You Are: How Environmental Volunteers Impact Their Community and the Planet